Is your morning cup of java compelling you to abandon your family and head to deepest, darkest Indonesia to pursue a blissful life picking coffee beans?

Are you secretly planning a civil marriage ceremony to your treadmill, family and critics be dammed?

What about those cupcakes, calling to you every waking moment? Are you being uncontrollably driven to move in with a baker who will personally frost you a never-ending supply?

If you find the mere idea of leaving your spouse and kids to apply for food stamps while you set up home on the floor of a cupcake bakery ridiculous, but you believe that biochemistry is why a cheater has an affair or leaves their family for the affair partner, it might be worth asking why.

What do drinking coffee, exercising, and eating cupcakes have in common, and what has it got to do with affair fog theory? Well, if you’ve spent any time on the infidelity boards, you’ll know the answer: Dopamine. Perhaps the most perpetuated but misunderstood element of affair fog theory involves the neurotransmitter that has become a real infidelity rock star, dopamine.

Dopamine suffers the disservice of stereotyping by the infidelity community. It stands accused of being ‘the pleasure chemical’, luring people into the pursuit of an affair pleasure-high - and apparently responsible for people becoming addicted to almost everything enjoyable (cupcakes included).

This understanding of dopamine is popular but outdated and one-dimensional, and it really doesn’t do its complexity any justice at all.

Dopamine is an incredibly busy molecule. Its role is affected by many factors: where it’s released; what receptors are involved; which neurons receive it; and the role of the neurons that release and receive it.

Because of this complexity, dopamine reports for duty in a number of different capacities - for example: attraction and infatuation; movement; behavior and cognition; breastfeeding; sleep; schizophrenia; memory; mood; attention; learning. Yes, dopamine is a very busy molecule indeed, and to consider it a pleasure chemical would be misinformed.

Early studies did initially set out to investigate the role of dopamine in pleasure/reward. However, researchers soon observed that our dopamine circuits are not the hedonistic Dr Feelgoods they originally thought.

Firstly, scientists established that the dopamine system activates before we reach a goal/end point. Dopamine is released as part of our motivational process, not in response to achieving or experiencing something pleasurable (or unpleasant).

[Professor John] Salamone […], has spent most of his career battling a particular long-held scientific idea: the popular notion that high levels of brain dopamine are related to experiences of pleasure. As increasing numbers of studies show, he says, the famous neurotransmitter is not responsible for pleasure, but has to do with motivation.”

Furthermore, researchers also observed that the motivational stimulus does not have to be pleasurable. Instead, scientists noted elevated dopamine levels even in stressful, unpleasant, or aversive situations, and near misses.

It should also be noted that the use of the term ‘reward’ in scientific studies of the dopamine system is largely misinterpreted: ‘Reward’ should not infer pleasure but instead be understood as the reinforcer and/or motivator, hedonics aside.

Lions and Tigers and Bears, Oh My! Clearly, dopamine doesn’t do one thing and it doesn’t work alone. It, like other molecules, is complex and has a role in many functions. Yes, part of its job is within the attraction/infatuation phase of relationships, just as it is part of inhibiting prolactin production, effecting motor control, depression, and giving you chills when you listen to music.

It’s unfortunate then that dopamine’s celebrity status -and its popularly discussed role in addiction- makes it a prime candidate for righteous scapegoating. When we disapprove of something, dopamine can be easily called as the leading scientific witness, conclusively validating (ahem) that disapproval. Guns? Well, firing them spikes dopamine, so it’s addictive. Sex? Well, it spikes dopamine, so it’s addictive. It doesn’t matter how incorrect these conclusions are, it is remarkably easy for a cheater or faithful spouse to:

This easy 1, 2, 3 then allows the affair fog idea that the cheater is in a befuddled, addicted, disease-state, unable to think clearly or modulate their behavior. The cheater’s actions are to be regarded as temporary insanity until the dopamine levels reduce, whereby their behavior will correct and return to its pre-addictive state and the cheater will then return to the marriage.

Just as oxytocin has an involvement in pair bonding, dopamine does have an involvement in sexual attraction (among other things). It’s a real part of our biochemistry, and is part of our motivation system in different phases of our behavior. If you were expecting an attempt to debunk the presence of dopamine, hopefully you’re not disappointed by us not doing so.

But DO dopamine molecules pave the way to validating the popular affair fog hypothesis?

Is it reasonable or rational to claim that dopamine is such a powerful force that it compels someone to go against their true, right-minded morals and pursue an affair? Apologists for affair fog theory will claim that their knowledge of the pre-cheating spouse coupled with the presence of dopamine, evidences that dopamine has hijacked the cheater’s brain chemistry and is compelling them into ‘altered’, foggy behavior.

The truth is that we produce dopamine as part of our motivational systems: If it does not posses magical qualities in us, suspending or negating our ability to behave ethically, why believe that it does this in cheaters?

Why, anybody can have a brain. That’s a very mediocre commodity. Every pusillanimous creature that crawls on the Earth or slinks through slimy seas has a brain.

The Wizard of Oz

That’s a Horse of a Different Color!

Affair fog theory seeks to dismiss a cheater’s thinking and behavior as addled, defective, unsound, and unhealthy. It positions itself as a plausible reason to disregard the cheater’s choices and feelings as merely products of undue negative influence (whether internal or external).

It is not reasonable or rational to dismiss affairs as dopamine fog but maintain that your own relationship was ‘real’ love.

Pay No Attention to That Man Behind the Curtain! The dopamine element of affair fog theory seeks to distort the role of naturally occurring biochemistry. Despite research demonstrating that elevated dopamine levels reduce impulsivity, advocates of affair fog theory suggest that affairs are not the product of reasoned choice. Despite research confirming that dopamine is not a pleasure chemical, affair fog apologists remain insistent that affairs are sustained because pleasure floods the cheater’s brain with dopamine. Despite the fact that dopamine is not stored in the body and gets broken down very quickly after release, affair fog theory implies that the cheater’s sense of reality is altered because of a continuous dopamine assault.

Dopamine is not Oz, the Great and Powerful. To pull back the affair fog curtain and reveal the truth of the Dopamine Defense can be understandably troublesome: It peels away another layer of comforting rationalization about the cheater’s behavior and choices. 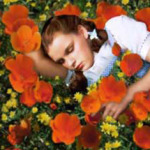 It’s natural to attempt to understand what affects you and your family so deeply; an affair turns your understanding of your cheater upside down. It’s difficult to explain how the person with whom you shared your life was capable of causing you such harm.

Affair fog theory provides a degree of salve for the confusion of infidelity, attempting to mitigate the actions of the cheater by attributing them to biochemistry and external influence.

It’s difficult to square your love of your cheater (and your desire to stay in the relationship) with their choices and treatment of you. The dopamine element of affair fog theory allows the faithful spouse to build some wriggle room in their view of their cheater: We can’t control dopamine release, it happens regardless of our will, so we are victims of it in our systems … ergo their right-minded spouse was unwittingly tricked into the affair by their own brain chemistry.

It’s an attractive theory and it’s tempting to buy in when you need a degree of comfort.

Cheaters are not unavoidably compelled into an affair by a super molecule. Their brains were not hijacked by a dopamine-fueled-pleasure high. They did not courageously fight the good fight against dopamine but eventually succumb, their will, morals, and ethics weakened and worn down by a relentless onslaught to their resolve. They weren’t seduced or tempted into an affair by potent brain chemistry.

Dopamine’s normal presence in our bodies does not force or encourage us to suspend or negate our ability to make ethical choices. The dopamine variations we experience in different phases of our relationships do not compel people to act in ways that are contrary to their value system, their ethical framework, or their ‘true character’.

The Dopamine Defense is a potentially damaging aspect of affair fog theory because it infers scientific validity. Just like other poppy products it can be a tempting and soporific comfort: Don’t inhale - let it go up in smoke because really, there’s no hope in dope-amine.

Part 1: What is Affair Fog?