Part 1: What is Affair Fog?

Who IS This Person? Most faithful spouses will observe their cheater’s affair behaviors as new, unprecedented, and unrecognizable. Some seek to attribute this to a spontaneous mental health issue but most are simply confused and upset by their cheater’s unanticipated behavior.

On infidelity support sites, it’s common to hear that either:

Whilst most people do understand that spontaneous character change - conveniently confined to an affair - is nonsense, it can still be difficult for a faithful spouse to see their cheater as the same person as their pre-affair spouse.

So why might the faithful partner be so keen to believe abrupt, affair-related character change?

This is often conveniently employed to explain and excuse cheater’s behaviors, and was tackled in greater depth in Affair Fog Theory: Mental Health.

The affair partner is commonly painted as an evil, amoral, conniving, and destructive taint in the lives of the cheater. They are specifically blamed for the change in the cheater, often with derisive and dismissive (and often hypocritical) comments like, “The other woman has got my husband’s balls in her pocket” or “My wife clearly has Daddy issues” etc.

Affair partners are not all-powerful mind-controllers, able to hijack the cheater’s ‘true’ personality and twist it into something new and fundamentally different. They might well be manipulative but they aren’t exerting a magical form of mind control that changes the character of their target … yet they are popularly and conveniently blamed for a sudden and complete shift from the cheater’s ‘true’ character.

We are all influenced by our partners; we like them, spend time with them, and want to please them, so we are perhaps more open to their influence. But is this influence so strong that it spontaneously undermines or overtakes our basic character? No.

We all have faults and flaws that others accept in us. Those who love us are probably more tolerant of our failings and bad habits than might be our employer, for example. Some of our behaviors might be irritating, but minor: Slurping an entire cup of coffee noisily from a teaspoon because it enhances the flavor? No biggie, because I love you.

Yet people also overlook or normalize bigger issues in their partners. Poor money management, cruel criticism and name-calling, using sex as a manipulation tool, flirting etc … these types of behaviors are often present, unchallenged, in intimate relationships. But they ARE there, often as background noise, often deemed ‘harmless’ or ‘just part of who they are’.

Affairs can highlight previously accepted poor behavior. The tone, frequency, and viciousness of the cheater’s behaviors may have reached new heights, but they are rooted in the same character and views.

“The eye sees only what the mind is prepared to comprehend.”
~ Robertson Davies

Faithful spouses often have idealized views of their pre-affair cheaters, describing them as good, moral, and righteous - the ‘true’ character of the cheater.

When a marriage is comfortably bumping along with no obvious deal-breaking issues on either side, it’s easy to reduce the negative traits of a partner into justified quirks of character.

These things are easy to overlook, justify, or normalize and it’s understandable that they are seen as so minor as to be almost non-existent, certainly not an indication of a larger behavioral pattern. It’s this that can result in an unrealistic, unblemished - or at least rosier- view of the pre-affair cheater.

Honest reflection on the relationship’s history in the wake of an affair can show that there were pre-affair patterns of behavior - but that the faithful spouse either overlooked, justified, or misinterpreted them.

The post 12 Things I Learned in the First 12 Weeks of the Affair highlights world views that are common in cheaters. The examples* of real behaviors below illustrate how small behaviors can be part of bigger patterns when viewed collectively.

The list above is an informal collation of real traits and patterns we encounter in cheaters. It highlights that affair behaviors are not departures from true character but are different behavioral manifestations of existing character and thinking.

If Their Character Didn’t Change, What Did?

Affairs can bring out the worst in the cheater but they don’t replace the cheater’s old and good personality with a new and bad one.

The real change is two-fold:

It’s easy to understand how the faithful spouse accepted/overlooked/justified behaviors in the cheater pre-affair: These behaviors didn’t sufficiently disrupt their own lives so they didn’t feel that change was necessary. An affair - and it’s attendant awful behavior - materially and significantly alters the faithful spouse’s future in ways that few find easy to accept. 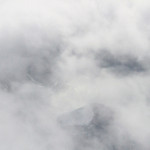 What is notably absent from the hypothesis that affair fog causes significant character change is an explanation of why this negative change is specifically directed at those who do not support - or are barriers to - the cheater’s affair/new life.

It’s most commonly described that a cheater alienates and behaves poorly towards the supporters of the faithful spouse, but continues good relationships with their affair partner and those who support the cheater regardless of the affair. This is not evidence of wholesale and foggy character change, but targeted behavioral choices.

Is it actually foggy thinking to distance yourself from those whom you believe are detrimental to your well-being? Isn’t that very strategy recommended to faithful spouses, in fact? Aren’t faithful spouses told to protect and distance themselves from upset, hurt, and detrimental behavior? Does the cheater not have a right to also perceive their interactions with the faithful spouse as hostile, critical, upsetting, abusive, and damaging?

As we have found before in looking at affair fog theory, we cannot reasonably call a faithful spouse’s strategy healthy and right-minded but dismiss the same strategy as foggy, wrong, and invalid when it is used by the cheater .

Members of infidelity support sites sometimes posit psychological theories, claiming they confirm elements of affair fog theory. The next post in the affair fog series will address Salber’s model of psychological morphing to examine if it’s a valid theory for spontaneous and complete character change in a cheater.

What really changed isn’t the cheater, but the context in which the cheater’s behaviors are now viewed by the faithful spouse.

“Nothing ever becomes real ’til it is experienced.”
~John Keats

* Obviously, none of this ‘defines’ someone as a cheater, it’s not an exhaustive list, and these things are in no way being presented as a ‘diagnostic tool’ for cheaters. It was arbitrarily grouped under headings for ease of reading - some issues may fit in more than one place.